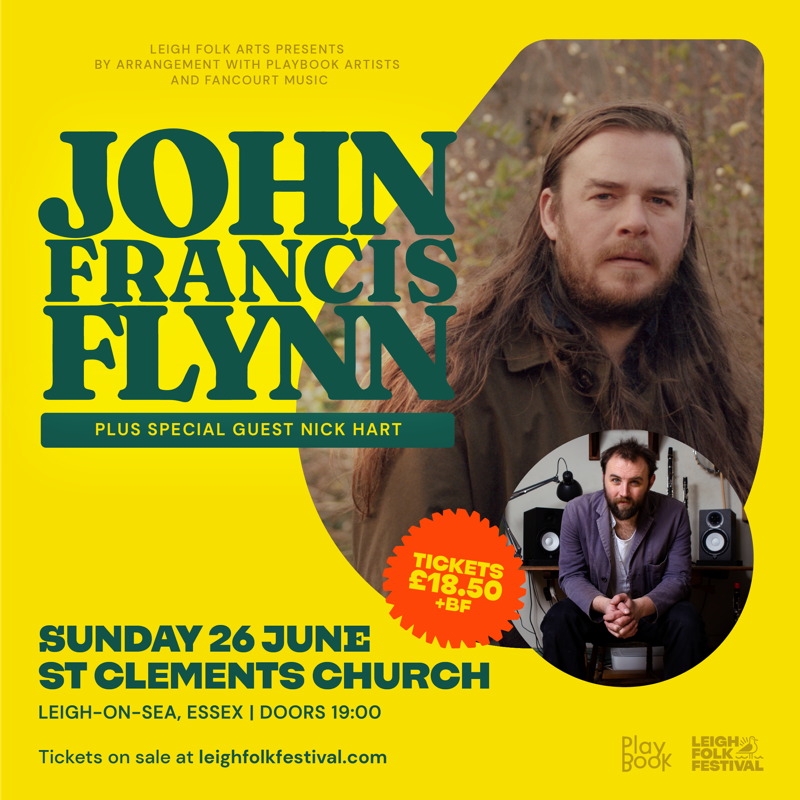 Crowned “Best Singer” and “Best Emerging Artist” at 2021’s RTÉ Folk Awards, John Francis Flynn is a singer and multi-instrumentalist whose work centres around traditional and folk material from Ireland. Described as leading Ireland’s folk music renaissance, his debut album to critical acclaim last year with The Guardian naming it their No.1 Folk Album of 2021. Folk Radio described it as, “bracing, unpredictable and without a doubt one of the most deeply affecting folk debuts of recent years”.

An extensive solo UK tour followed, although Flynn is used to touring extensively through Europe and America as a founding member of celebrated traditional group Skipper’s Alley. Gaining attention while supporting Lankum on their 2019 UK tour, he was quickly signed to Rough Trade imprint label, River Lea.

Support comes from award-winning singer and multi-instrumentalist Nick Hart whose work with English folk song is rapidly gaining him a reputation as one of the most acclaimed performers of his generation. His considered approach to accompaniment is informed by a deep respect for the nuances of traditional song and his captivating live performances are a testament to the importance he places on story-telling.